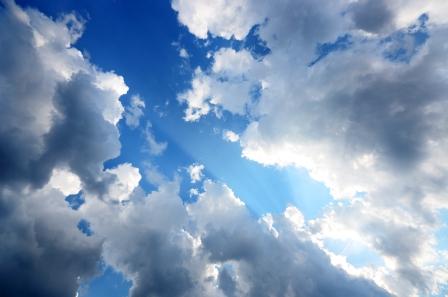 Download a pdf copy of Summer, Stories, and Stars

For Maribela and Flor Henriquez, the summer months were filled with skies and swings. Most days it was blue skies and fluffy clouds, except for the occasional summer rainstorm. Until midday when the air became an oven heated by the scorching hot sun, the girls spent their time soaring up and down and taking turns making up stories from their imaginations.

And Flor liked to recite stories of small worlds hidden in the tall weeds. “People who lived in the big house…thought it was an ant bed…but in reality…it was a small mountain with a lot of caves…where many families lived.

Sometimes they’d jump out of the swings to explore the meadows or walk along the meandering brook or sit under the shade of the canopy of the large elm tree. As they walked , the girls observed the worlds all around them, noting creatures that wove in and out of the dry grasses or took shelter in the plants still growing green outside of the rays of the sun. Those observations ignited sparks in their minds that became the stories for the next morning’s swing time.

Every afternoon, following a nice lunch of salads and fresh carrots and fruit, the girls each finished the morning tales in whispers spoken to each other while their parents and baby brother slept. When nap time ended, they each took out a notebook and pencil and wrote down the new stories before the late day cooled and they felt comfortable enough to go back outside.

After supper, as dusk began to creep in like the shadow of a shy but familiar friend, the girls slipped back into their swings to propel themselves into the starry night.

One of those nights, something strange and wonderful happened.

Maribela told a story while swinging of a tiny monster who lived with a group of mice. The story was interrupted when she looked down and saw a scattering of pinpoint lights below her and she thought she could make out the faint vision of the roof of her house. She realized then what had not been obvious in the dark of night—the swing set had grown taller and taller. Maribela glanced over at Flor who continued to swing with her eyes closed never noticing that anything had changed. Maribela began to worry that they might have trouble getting off the swings as they were no longer just a few inches from the ground and able to slow themselves with their bare feet.

“Flor!” Maribela said, barely able to get the words out. “Look at how high we are!” 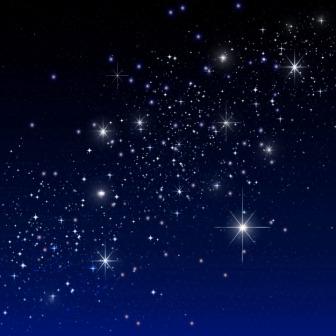 Flor opened her eyes when she heard her sister’s voice, then gasped. “How did we get here!”

Both girls slowed their swings, but that idea didn’t seem so wise when they found that their feet were dangling high above the earth, a long way down. That’s when they heard a voice like tinkling chimes. “Swing. Swing.”

“Did you hear that Maribela?”

“I did, Flor. Where do you think it came from?”

At the same moment she heard the tinkling sound followed by the ouch, Flor felt her foot brush against something pointy and hard. “I’m so sorry.”

Maribella looked down at where Flor’s foot had tapped against something bright and shiny. “Is that a star?”

“I think it is,” Flor replied.

“I’m not really a star. I’m a starlet. The real stars are much, much higher up here.”

“There are lots of us,” another voice chimed in from a little further away.

“I can see that. There are a lot of you.” Flor clung tightly to the chains holding up the swing, suddenly feeling very exhilarated, which means happy and excited all at once, and very scared that she might fall out of the swing.

Maribela seemed more relaxed and only held the chains in the crooks of her arms, her hands resting on the sides of the seat. “How did we get up here starlets?”

“Your stories. We couldn’t hear them very well from so far away. So we thought we’d bring you closer.”

“What do you think?” a crankier star-like voice said. “It’s magic.”

Maribela giggled. “Of course it is. But how do we get back down.”

“Finish your stories. Both of you.”

“Do you want us to start from the beginning?” Maribela asked while Flor thought that one story would be enough as she was really ready to sink back to the earth.

“We’d love to hear the stories from the beginning!”

“I want to know what happens from the start!”

Maribela did what the starlets wanted and started her story where the story began. And when the starlets were so grateful at the end of it, Flor set aside her fear and told hers, too, from the very beginning, but she did tell it a little faster than she normally would have.

After they were done, a starlet said, “Thank you both.”

“We so appreciate hearing the stories.”

“Because nothing much happens up here in the skies.”

“Except for the occasional shooting star.”

“That’s right. When one of the bigger ones decides to show off!”

Maribela corrected the starlet. “What looks like a shooting star is really when tiny bits of dust and rock fall into the atmosphere.” She echoed what she’d learned from one of her teachers.

Another starlet responded, this one very close to the girls’ ears. “Thank you for explaining that, Maribela. To say thank you to you both, we want to give you something.”

Maribela smiled. “Something for us?”

“I’d like to go back down, as soon as it’s convenient,” Flor added. “That would be gift enough for me.”

“We’ll definitely let you down easy. But our gift to you is the Milky Way.”

Maribela couldn’t contain herself. “You’re giving us the Milky Way?”

“The Milky Way belongs to all of us. What we’ll give you is a view of the Milky Way, the galaxy that we all live in, that is brighter than you’ve ever seen before. When we lower you back to the ground, look up and you will know what I’m telling you.”

“That sounds wonderful,” Flor said, while trying not to say anything about how quickly she’d like to go down, because, after all, she did already mention that.

“Maribela and Flor, in order to see the Milky Way, and lower yourselves to the ground, all you need to do is swing.”

Without their even making a move, both girls felt their swings start to shift slightly up and drop slightly down. And as it shifted, they noticed that the swing set seemed to be shrinking just the slightest bit. The girls then helped it along by swinging themselves, and as they moved back toward the earth, they saw above them the most beautiful ring visible as everything around it darkened.

“Look, Flor, the starlets have given us the Milky Way!”

“Only a better view of it, Maribela.” Flor wanted to close her eyes but she couldn’t because the vision above them of their galaxy, the place where the Earth they lived upon was nestled within all the stars and planets and other heavenly bodies, was so beautifully spectacular.

Just before they reached the ground again, both Maribela and Flor heard the tiniest chorus of starlet voices say, “We can’t wait for more stories tomorrow night!”

In spite of Flor’s fear, both Flor and Maribela said together, “Neither can we!” 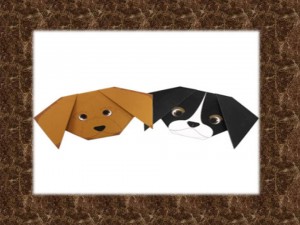 One silly and rainy day playing tent fort, Wendy decided to make up for her two brothers a story based on what little she knew about rodeos and the unit they studied on Argentina in school. Or she considers that maybe this dog rodeo really exists and no one has yet discovered it before she made it up that late afternoon.

There are yaps and barks as the rodeo begins. Yes, there are racing barrels and saddling up for bulldog riding, just as you’d expect. But there’s also the competition to see who can shake the most and who can keep from quivering at all.

Everyone cheers when the small dogs take off running, circling the arena at top speed. There are lariats and bolas—rocks wrapped up in leather that fortunately just swing around without hitting anyone—and more than a few contestants in felt hats and ponchos in addition to those in cowboy hats and wearing tiny vests.

Those in the stands feast on chili pie and barbecue beef jerky and chimichuri sauce. There are the skinny and long-legged dogs. White, brown and black dogs. “Yippee-ki-yay!” and “yippee-ki-yo!” they all bark.

When awards are given, just about every dog gets one, from thin to roly poly, because in this group of dogs, they all perform very well in one event or another—either third, second, or first place. In the final procession, behind the Mexican hairless who leads them, they all wear their ribbons. Before too long, the dog behind chases the ribbon of the one in front and catches it in its teeth until they all end the night tumbling into one yapping pile of Chihuahua cowboys. Get along, little doggies. Get along.

Meet Peter, a boy who doesn’t grow up. He’s always looking for a soccer game or a group for staging mock sword fights.

Meet Wendy, a girl whose parents are now working at night, leaving her to take care of John, JJ, and Michael, who has autism.

Get to know, Lily, who sent out a message to Peter to escape the perpetual arguments with her adoptive mother. Then, after she and Peter have a disagreement, she moves to the other side of the island to live with Cholena’s tribe.

And it’s best if you not forget Belatresse the Fairy, Peter’s best friend who’s just a little bit weird and a little bit intimidating, but she puts on a great invisible dinner. 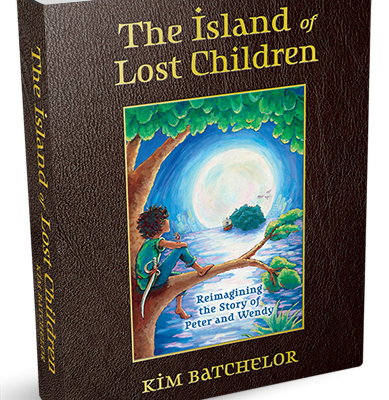